MEMORIES OF A 79 YEAR OLD 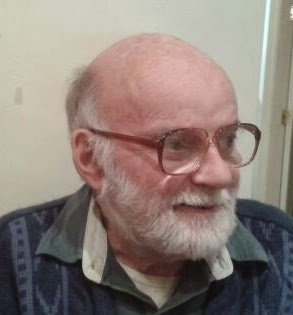 My only memory pre WW2 is rather misty, I was only 3/4 years of age is of a holiday in Cornwall. A pillow fight with my big brother on the night sleeper always comes to mind. The only other thing coming to mind is causing family panic when my older cousin, Sylvia, took me on a long walk across the beach to see a seaplane that had crashed into a building. We went to Cornwall, I have learnt since, as my father was born in Helston and I was taken there to be christened in a small Church on the cliff top at Gunwally. 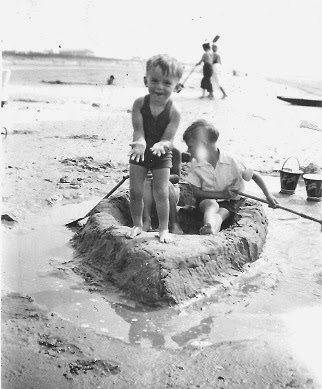 A pleasant way of life came to an abrupt end September 3rd. 1939 when WW2 was declared with Germany. As the war progressed I can recall standing on our door step to watch the ‘Dog Fights’ by the Royal Air Force and enemy aircraft above Teddington. To small boys it all seemed to be one big game, going to school the next morning we would scour the streets looking for shrapnel. Part of our ‘game’ was when the airaide warning went to stand on our garden Anderson shelter, where we slept many nights, to listen and look out for enemy aircraft the dive into the shelter.


On reaching the age of 7, I joined the 3rd. Teddington Wolf Cub Pack (Cub Scouts). The war effort was well under way by this time; I remember all the iron railing fences were collected from peoples gardens, aluminium pots and pans were collected, all for munitions’ manufacture. The scout group set up a ‘shoe shine’ stall outside Teddington Station to raise funds for the war effort. Boroughs were expected to raise funds to ‘buy’ a spitfire, a large rally/parade was held on Twickenham Green as our Boroughs part in this campaign. Although times were hard, in war time, our cub pack went to a party with other cubs in the basement of the Wesleyan Chappell on the corners of Stanley, Hampton Roads and the Broad Street.

The very next night the Chappell was to get to a direct hit from a German High Explosive Bomb, Whew that was close. Another victim of the Wesleyan bombing was ‘Bells’ store in Stanley road opposite. I remember sitting on a step stool there eating broken biscuits, our mother used to work there on a part time basis. Gordon Bellchamber continued trading in a hurriedly bomb repaired shop at 9 Broad Street, where he traded until his retirement.


After a night raid we would go round on our bicycles looking at all the sights of the bombing raids, the Baltic Timber Yard in Stanley Road on fire, the Baptist Church in Church Road bombed. We did not see them all, of course, bombs on Shacklegate Lane, Fullwel Road a very large landmine on the garages in Wellington Gardens. The list goes on; Teddington took a lot of bombing because of the National Physical Laboratory being here.

On one very bad raid Teddington swimming pool was used as a temporary morgue. Our own home took a near miss with two pairs of houses being taken out with a pair in Wilcox Road. We were in our garden Anderson shelter that night. I recall a loud swish, a big bang and a great red flash. Our front door blew up the stairs, windows came out and roof tiles missing. We had a family staying with us for a night from east London who had been bombed out of their own home the night before. They had camp beds against an inside, load bearing wall.


Treats were few and far between, I can remember, on a family outing to Kew Gardens, being shown a banana growing on a tree in the glass house, “After the war” we were told, “You’ll have one of those to eat” But I got one before then, as our Dad was serving abroad we were invited to a party at the American Army Camp in Bushy Park and given an orange and banana.

to be covered in a huge wire netting and camouflage,this being great fun climbing up to the top of the fountain until being chased off by park keeper/police. Large holes were dug all over Bushy Park with the earth mounds alongside to prevent German Gliders landing. The holes soon filled up with water and became breading places for newts, frogs water boatmen and other insects. Great fun to collect with nets and jam jars, taking home frog spawn to hang up and watch it turn into tadpoles then frogs.


By this time I had become a very nervous boy, being singled out at school for a special red capsule with my morning milk. We ventured a bit further on our bikes one day to Twickenham to see the devastation by a V1 rocket (buzz bomb) of the centre of the Town and riverside. Kings Head, front of Woolworths (3d. & 6d. Store) blow out, Water Lane and boat houses bombed. A V1 landing on Strawberry hill Golf Course decided the time had arrived for our ‘evacuation’ – we did not go on a scheme but went to stay with my father’s brother’s family in Henstrige Somerset, they were there as they had been bombed out of their home in Portsmouth.


My war efforts did not stop there, in the autumn the whole class where taken out into the fields to pick rose hips from the hedge rows to be sent off to make rose hip syrup. Much needed vitamin syrup to supplement lacking vitamins from the wartime diet.


One of the village family names was Dufall; they were farmers, owned the village bakery, and grocery shop, my aunt used to work at the bakers with a very early stat. One day I went with her and was allowed to go up to the flouer loft and send flouer down the shoot for the next day’s mixing and proving. Would not be allowed now, Children miss out on a lot these days with so much ‘Health & Safety’.

They were also leading lights in the local Baptist Church. My cousin and I were in a ‘team’ of boys paid 6d. a month to be in the choir and another 6d. to pump the organ, electricity had not come to the village yet. Our cottage was lit by oil lamps, and hot water from a brick copper in the yard, cooking on several primus stoves. Water had to be carried from a communal tap 75 yards or more down the lane.


The Somerset and Dorset joining line used to run through thru the village with it’s own station, with steam tank engines, we would put half pennies on the track to flatten them out to pennies. As ‘immigrants’ from London we were soon integrated into village life. One day the school put on the customary school show, I was to play the part as father, head of the household, and supposed to make-believe to light up a pipe. On the way to school on the day of the show I picked up cigarette dog ends and put in the pipe. Much to the amusement of the Mums and Dads smoke came out of the pipe. Once off the stage I was sick as a dog, probably the reason I never took up smoking.


A weekly treat was to walk to the next village to a film show, when it rained it would almost drown out the film sound. Sometimes, if one was due, we would go by train.


Henstrige was an assemble point for some of the American service men for ‘D’ day. After school we would often call at the camp and were given sweets and chewing gum, a treat with our shortages and rationing. “Got any gum chum” was quite a saying when we passed by a ‘Yank’. One day we were very late for school, a long convoy of trucks etc going thru the village so we could not cross the road.

Just a thought – 74 years ago I was 5/6 years old and went to the Baptise Church Sunday School in Church Road Teddington.  After singing hymns and a prayer  we walked round for the collection singing –


Story time came. We were told a missionary would take our pennies to Africa for the poor undernourished orphans. We were shown pictures of natives in grass skirts and loin cloths, carrying shields and spears in war paint and told how the tribes kill each other.


Now in 2014 we are bombarded by Television advertisements to give £2 or £3 a month to help the poor undernourished orphans left by the ‘Warring factions’ (Tribes?) using combat gear and weapons sold to them by the ‘Civilised Countries’ to feed the greedy arms salesmen, wealth makers and bankers.